We are advocates for you, we see the changes happening and we push the boundaries for improvement. We seek more, we want more, we are YOUR change agent partners.

The 7Miles Difference: Breakthrough Visions for the Future

Our team is dedicated to serving you and improving the industry. 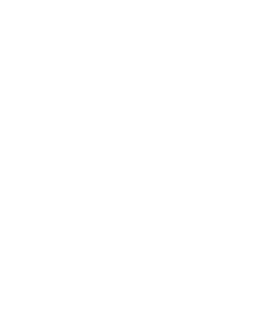 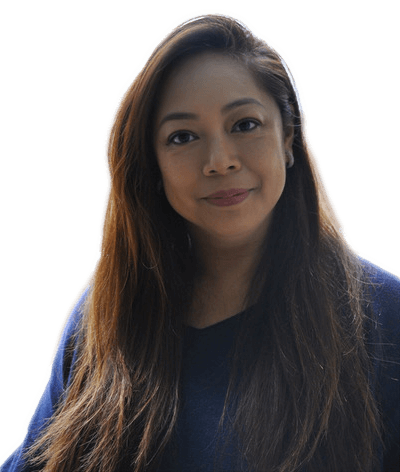 Founder and Chief Executive Officer, Cynthia Del Rosario, is a dynamic entrepreneur with a passion for client service, a commitment to best in class standards, and a drive to get things done and help create solutions. She is a hands-on executive who works tirelessly for clients and is an inspiration to her staff. Her 30+ year career in production, marketing, and advertising began as a freelancer, heading up her own company, CynDeR Productions, as well as working in management in the corporate sector.

Cynthia started in marketing in 1991 working as an in-house Production Intern at the Creative Media department at American Express where she was responsible for planning, managing, and producing internal content as well as managing the company’s in-house asset library and overseeing duplication and distribution of marketing materials for use and exhibition. With a 360° view of promotional asset planning, production and use from the advertiser perspective, Cynthia soon established her own full-service production company and worked on a number of campaigns for national advertisers including Citibank Corp., GE Capital, Kraft, and General Foods as well as producing specials and segments for Comcast Cable, DirecTV, Echostar, and QVC Networks.

In 1998, Cynthia accepted a position as President and General Manager of Skyview World Media Group, where she was responsible for a $4M annual budget managing two Filipino Channels on the DirecTV platform. Two years later, Cynthia was appointed Director of Ad Sales for Liberty Media’s International Channel Networks, where she was responsible for running the New York Ad Sales Team and developed programs for corporate advertisers to build awareness and target messaging to the growing multicultural markets in the U.S.

In 2004, Cynthia was recruited as Vice President at the ANA (Association of National Advertisers), where she worked on Ad-ID and Member Relations. She grew membership through targeted outreach programs as well as managing and strengthening relationships with over 125-member companies including IBM, Pepsi, Johnson & Johnson, American Express, PSE&G and many more. By the mid-2000s, the media platform explosion was well underway and working with advertisers, Cynthia saw a need for technology solutions. In 2007, she accepted a position as Vice President at DG FastChannel where she provided forward-thinking approaches to “last century” business practices in ad delivery and managed large advertiser RFPs and client integrations such as Proctor & Gamble, Colgate, and Pfizer.

Two years later, Cynthia accepted a position at The TEAM Companies where she became the Chief Marketing Officer and was was instrumental in developing a long-term sales and marketing strategy, assisted in restructuring the organization to operate more efficiently across all divisions and successfully advocated for expanded technology offerings to meet user needs and improve internal workflows. Cynthia was responsible for more than doubling gross revenue during her tenure.

With a vision for integrated technology that streamlines workflows, in each of these positions, Cynthia focused on understanding client needs and developing programs, initiatives, and tools to better serve her user base. Coupled with her extensive network of colleagues and associates as well as a big picture view of the advertising industry and an in-depth understanding of the ad lifecycle from concept through production to use and re-purposing, Cynthia launched 7Miles Global in 2017 to create tools and services that support the creative process. As CEO, Cynthia brings her enthusiasm for client service and her extensive knowledge of the industry to her leadership and vision for the company, providing personalized accountability to clients as well as guidance to the company’s strategic planning and technology and service offering initiatives.

Cynthia is based in New York, New York and holds a B.A. in Communications from St. John’s University. 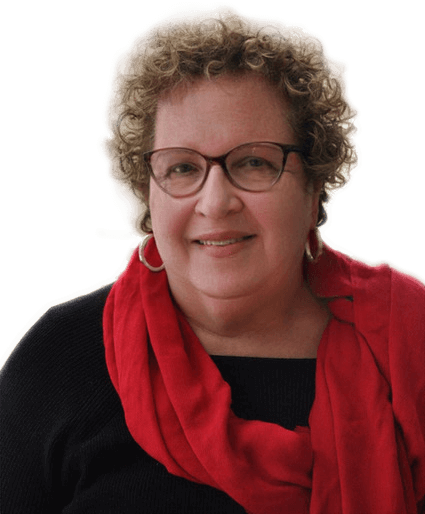 Chief Operating Officer, Muriel Katz, has over 30 years of experience on the administrative and management side of the entertainment industry. Her extensive and in-depth knowledge and understanding of the industry and non-union labor regulations, as well as the SAG-AFTRA, ACTRA, AFM, DGA, and IATSE contracts, are the foundation on which she has built successful operations and technology initiatives to provide best in class service to clients throughout her career.

Muriel started in the entertainment industry in 1985 when she joined Shelley Duvall’s company, Platypus Productions, as a production accountant for the award-winning series, Faerie Tale Theatre, one of the first programs to debut on a cable network. With tight budgeting and production schedules, Muriel saw firsthand how good business management supports and facilitates the creative process, which became a guiding principle of her career.

In 1994, Muriel moved into production payroll services, managing operations for the commercial talent payroll division at Media Services and five years later at Cast & Crew. Working together with the head of the division, Muriel contributed to the growth of the department at each of these companies by overseeing improvements in workflows, and operational efficiencies as well as developing staff training programs. In her capacity as Operations Manager during this time, she also worked extensively with the IT departments to build and improve the talent payroll technology to support the needs of clients and staff in delivering payroll and managing the data.

Muriel joined TEAM Services (later re-named The TEAM Companies) in 2003 as Manager of the Commercials Division where her expertise in the union contracts and non-union labor rules, as well as the operational aspects of talent payroll, were an invaluable asset to the company’s growth and operations. During her tenure, the division grew from 12 employees to 55, opened an additional office in the Midwest to provide services to a growing client base in the region, and realized a tenfold increase in gross revenue over the next twelve years.

In addition to managing the division’s growth, Muriel also oversaw the development of regularly scheduled staff and client training programs, an extensive library of knowledge and informational resources, the implementation of new workflows and processes that contributed to improving accuracy and efficiency, as well as establishing departmental compliance and client service standards. Muriel’s responsibilities also included working with the company’s IT department to integrate automation capabilities with operational needs and proactively adapt to new platforms, capabilities and user needs, as well as staying abreast of union and regulatory requirements that necessitate technology solutions. In this capacity, Muriel initiated and oversaw technology projects and user acceptance testing for many initiatives including the company’s online client system, as well as the Affordable Care Act and mandatory sick leave documentation and programming. Muriel was promoted to Executive Vice President of Talent & Production in recognition of her many accomplishments and contributions to the company’s growth, collaborative corporate culture, and excellence in client service and operations standards.

Muriel left The TEAM Companies in January of 2017 to assume the position of Executive Vice President of KLH, Ltd., a Talent Management company based in Chicago, Illinois, specializing in union signatory services. Her focus at KLH was to update processes and develop work-flows and procedures to ensure compliance with union rules. Later in the year, she was recruited to join 7 Miles Global as Chief Operating Officer. Muriel brings her extensive knowledge and expertise as well as her considerable management skills to her role as COO for 7 Miles Global.
The hallmarks of Muriel’s management style are her commitment to collaboration, compliance and best practices, her dedication to client service, her skill in strategic planning, her facility in problem-solving, managing staff, and her foresight in building for and embracing new technologies to meet regulatory as well as user and technical requirements. She has consistently stepped up, taken initiative, and delivered results throughout her career.

Muriel is based in Los Angeles, California.

Together we are a group of like-minded entrepreneurs providing solutions for content management like talent, business affairs, rights management, trafficking and distribution, making the impossible possible.

To become the leading organization to promote change and break traditions for content control and management in the entertainment and advertising industry. 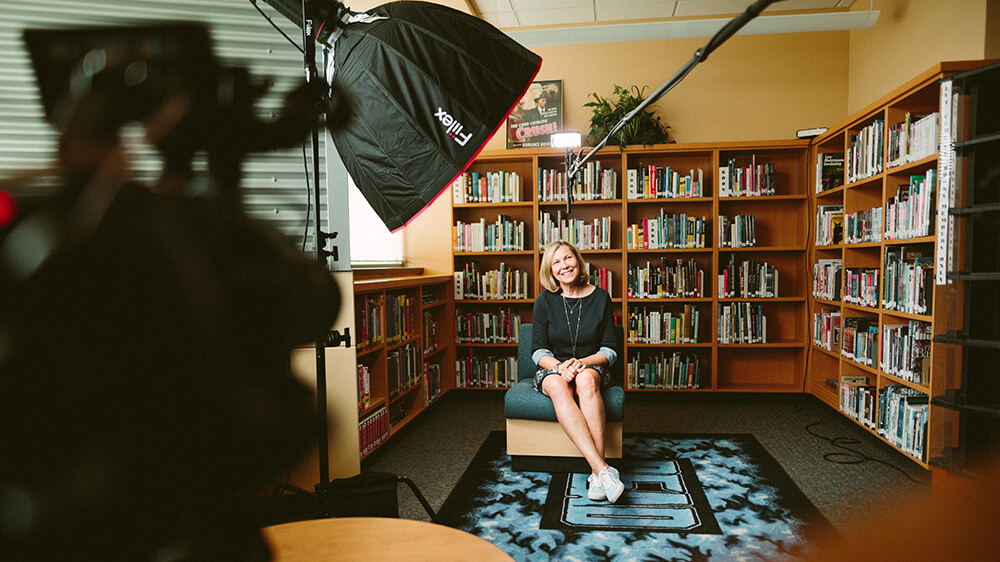 Get the latest 7Miles news and updates

Thank you for subscribing! Your subscription has now been confirmed.
There was an error trying to send your message. Please try again later.